From 16 to 23, Apr., succeeding to last Dec., We sponsored Tanintharyi Region Government Japan Visit Mission for the second time.
Our representative Iwazawa, joined it as Tanintharyi Region Chief Minister (Union Minister) Aide. He took full responsibility from
Myanmar government and negotiated with the center of Japanese government.
2 members of our Institute joined in the Mission as staff.
Visit members are, Tanintharyi Region Chief Minister, Region Planning & Finance Minister, Social Affairs and Municipal Minister,
Tanintharyi Hotel Tourist Association Chairman, etc.
In Japan, we had a meeting at Goverment’s Minister’s office with Local Revitalization Minister Kozo Yamamoto who invited us.
At Liberal Democratic Party(LDP)’s office, we had a meeting with about 20 members of Japan-Myanmar Parliamentary Friendship League of LDP.
At Prime Minister’s Office, we had a meeting with Special Advisor to Prime Minister, on development support of Tanindaryi Region including Dawei SEZ.
Besides, In Kitakyushu City, we had a meeting on green sister engagement between Kitakyushu and Dawei with the Mayer. And we had an inspection on Kitakyushu Eco-Town, later.
In Fukuoka, we had a meeting on local development with Vice Governor of Fukuoka.
Succeeding to the former visit, we sponsored Dawei Seminar which is supported by Myanmar government, Japan Extarnal Trade Organization (Jetro). We had active question and answer in it, and was a great success. 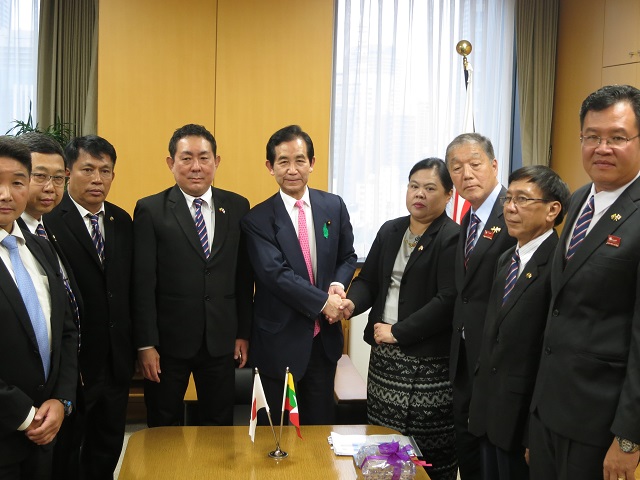 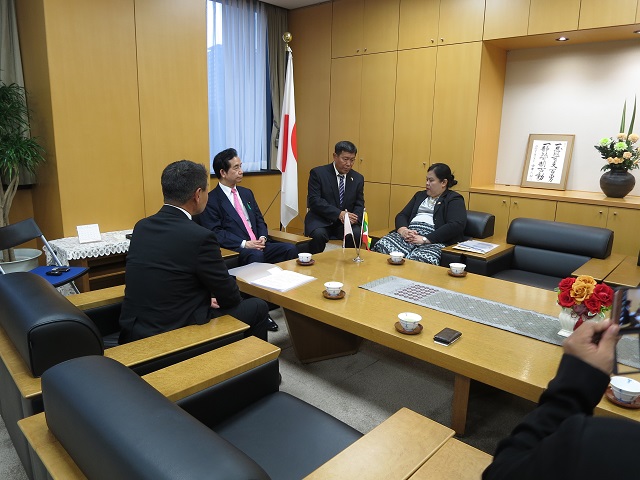 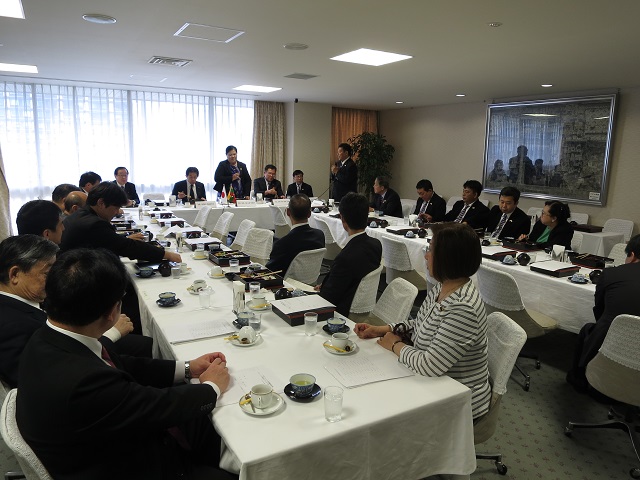 A meeting with Japan-Myanmar Parliamentary Friendship League of LDP 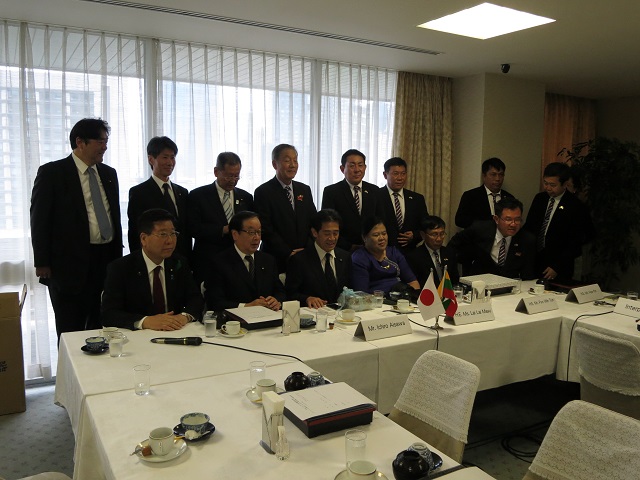 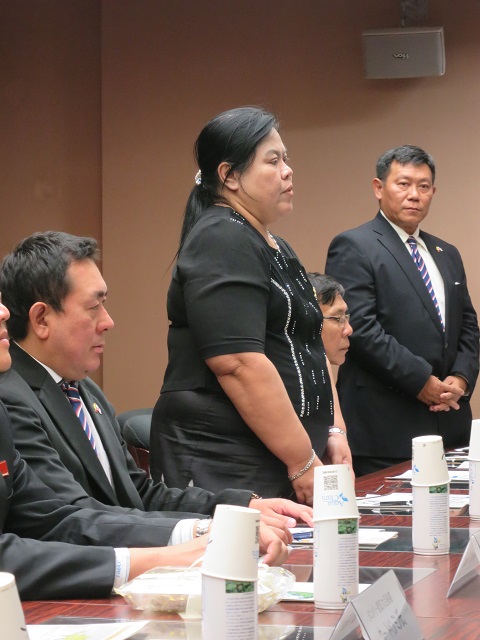 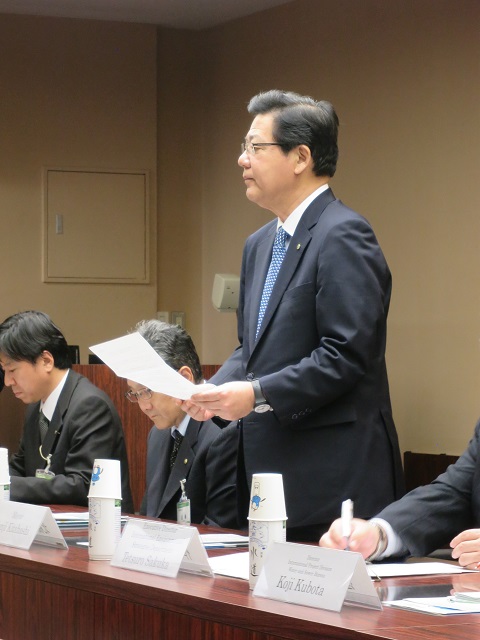 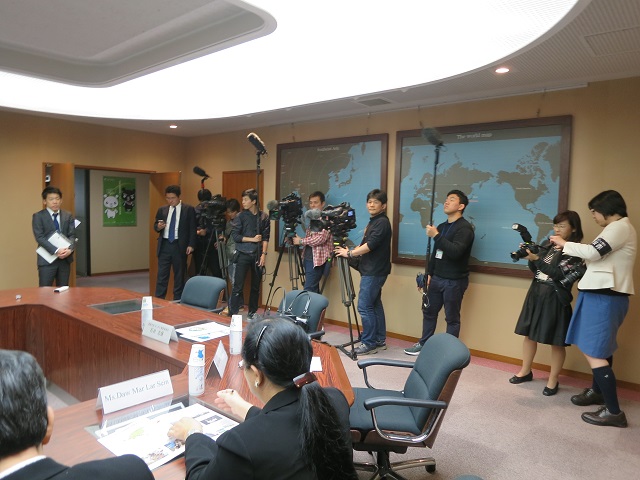 Flocks of Media entered the meeting with Kitakyushu city 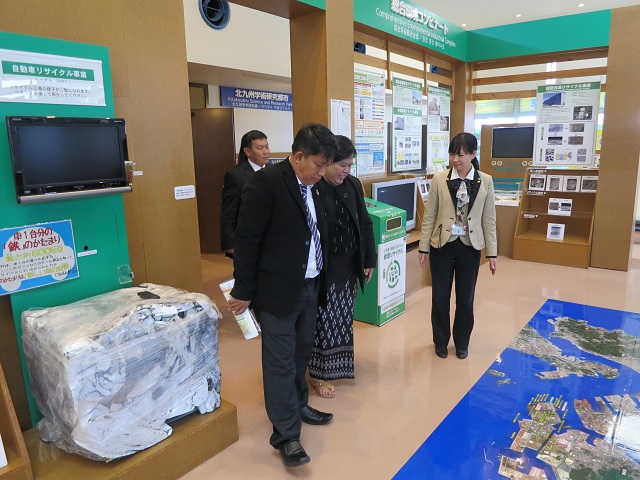 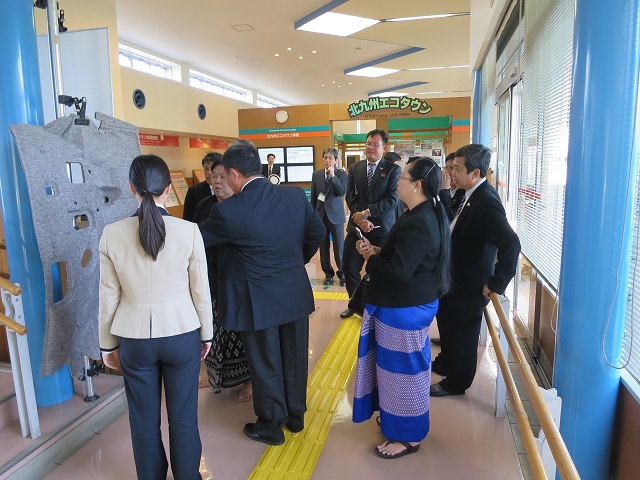 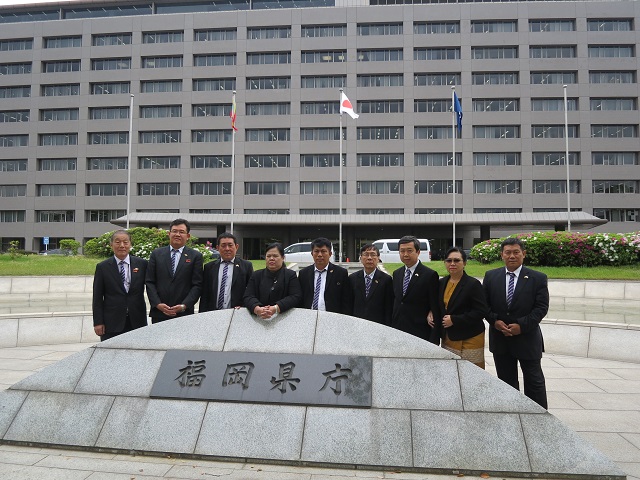 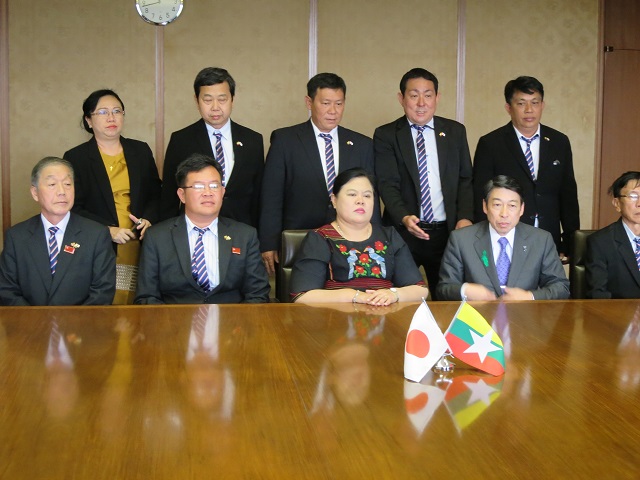 With Vice Governor of Fukuoka